Other History, Classics and Latin courses

Classical Civilisation is the study of the Ancient World and the impact of its culture on society today. This course offers learners the opportunity to study elements of the literature, visual/material culture and thinking of the ancient Greeks and Romans and acquire an understanding of the social, historical and cultural contexts.  Students will study Greek and Latin epic poetry in translation, the propaganda of the first Roman emperor and Greek religion.

Students will explore the legacy of the Ancient World and learn to critically interpret, analyse and evaluate a range of source material to make their own judgements using reasoned arguments.

Students have the opportunity to take part in a variety of study days, including a visit to the British Museum and an annual trip to either Greece or Italy.

Students of Classical Civilisation might also be interested in taking the Certificate in Latin Language and Roman Culture which can be taken with no previous knowledge of Latin.

Classical Civilisation complements a wide range of subjects including:

The study of Classical Civilisation is highly regarded among employers, businesses and academic institutions. The transferable skills it teaches are considered second to none and thus Classical Civilisation students are found and sought after in many walks of life including: Journalism, Law, Business Management, Civil Service, Politics, Teaching, Academia, the Creative Arts and any profession which requires the ability to analyse, argue, write effectively and have a wide and intelligent understanding of the world we live in.

The course covers the following topics:

Classical Civilisation students have the opportunity to take part in a variety of course related trips. In recent years, these have included:

Many Classics students also opt to take the Certificate in Latin Language & Roman Culture which enables them to learn Latin from scratch.

This course is 100% examination based.

The exam board for this A Level is OCR.

In addition, students should meet the following minimum GCSE requirements:

No previous knowledge of the Classical World is needed, just a desire for new knowledge and an interest in History and Civilisation in general.

Students will do well on this course if they enjoy:

All other applicants should download and return the 2020 application form. 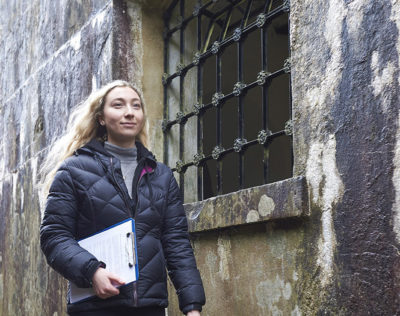