Further Mathematics is always taken alongside Mathematics and leads to a second A Level in Mathematics.  It includes a number of additional topics such as Complex Numbers, raising students’ awareness of different aspects of Mathematics in preparation for university.

During their first year of study, some students decide they want to study Mathematics or a related degree at university and add AS Further Mathematics to their second year programme to enhance their university application.

Mathematics goes well with every subject and it is probably the most marketable of all subjects. There are good economic reasons for studying Mathematics and it is difficult to think of any further education course or career where it would not be welcomed in combination with other subjects.

A Level Further Mathematics is welcomed as a qualification for a variety of Higher Education courses.

A Further Mathematics qualification is required for some subjects, such as Mathematics, Engineering and Physics, and useful for others, such as Biochemistry and Economics.

Many Mathematics graduates go on to work in Accountancy, Computing, Engineering, Management or Teaching.

Further Mathematics develops the ideas covered in A Level Mathematics but in greater depth. The course covers:

Further Mathematics students have the opportunity to take part in a variety of course related experiences. In recent years, these have included:

The course is assessed by examination (100%).

The exam board for this A Level is Pearson Edexcel.

All students need to have at least five GCSEs at Grade 4 or above (and a satisfactory school reference) in order to be accepted on an A Level/BTEC Level 3 Programme.  In addition, students should meet the following minimum GCSE requirement:

This course is usually taken as a fourth subject.  It is suited to the College’s most able Mathematicians who can manage the academic challenge and workload.

Can I take just Further Maths and not “Normal” Maths?

You can’t study A Level Further Maths without doing A Level Maths. Many of the Further Maths topics require an understanding of the Single Maths content.

What is Further Maths useful for?

Further Maths is not only useful for those students considering a Maths degree at university. It is very well respected as a challenging subject, showing students’ ability to think through complex problems in a detailed and logical manner. It is therefore a great base for any Finance career or any role involving problem-solving or data-handling. It is also very valuable if you are applying to university to do Engineering, Physics (particularly Theoretical Physics), Economics, Computing or most other science degrees.

How much time does Further Maths take?

Can I take Further Maths if I am doing three subjects?

You can study Maths and Further Maths as two of three subjects but it is more common to take Maths and Further Maths as two of four subjects and you are strongly advised to take this option. The main reason for this is that if you are taking only three subjects, and you find that you are not enjoying the Maths as much as you had anticipated, or are finding it harder than you expected, you have no flexibility to change.

Do I have to study Further Maths for two years if I start it in the Lower Sixth?

If your Further Maths is one of four subjects, you have the extra flexibility of being able to choose to sit the AS Further Maths exam in May/June of your Lower Sixth, should you decide you don’t want to continue with it in the Upper Sixth. Only a few students select this option, but those who do so usually decide the workload of four subjects in the Upper Sixth is too much. Others are applying to courses at university for which Further Maths is not an advantage and they want to focus their effort on getting the very highest grade possible in Maths and their other two subjects.

If I don’t start Further Maths straight away can I do it later?

If you find that you are keen to take up Further Maths at the end of the Lower Sixth (because you have enjoyed Maths and/or Further Maths would be useful for a particular university application or a career path) then there is the option to study AS Further Maths in the Upper Sixth. You would then study four subjects in your final, one of which would be A Level Maths and one the AS Further Maths.

I’m expecting a Grade 6 in GCSE Maths – can I do Further Maths?

Is it important to be good at/enjoy algebra to do A Level Maths?

Strong skills in Algebra are very important for Further Maths. An understanding of Algebra underpins much of the Maths course and even more of the Further Maths course. Calculus, Trigonometry, Mechanics, Vector Geometry, Matrices, Series all depend very heavily on your existing algebraic skills and further development of those skills throughout the course. So it is vital that your algebra is fluent and that you really enjoy this area of mathematics. 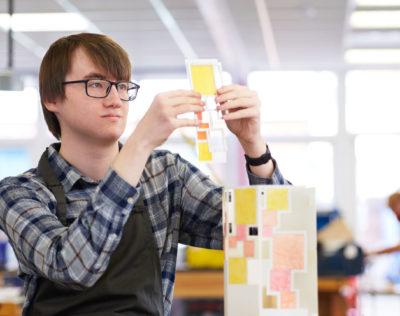