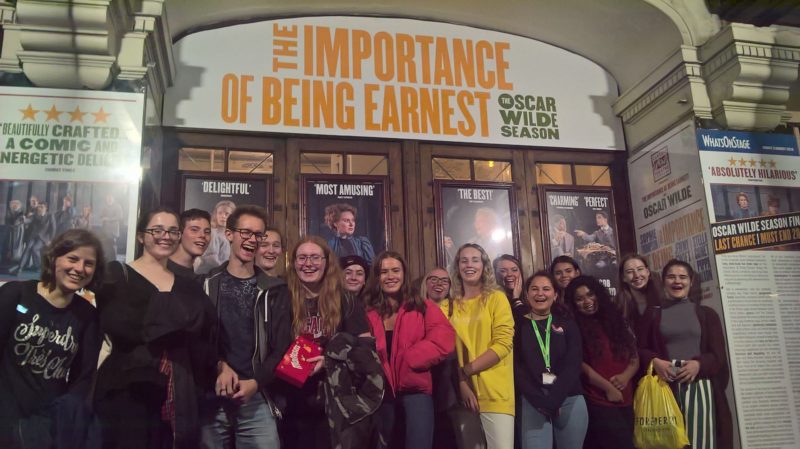 On Thursday 20th September a group of Reigate College English Literature students travelled to London to see the Classic Spring Theatre Company’s production of Oscar Wilde’s The Importance of Being Earnest at the Vaudeville Theatre in The Strand.

The students are currently studying the text alongside Wilde’s novel The Picture of Dorian Gray as part of their A Level coursework. The production, which received a five-star review from What’s on Stage, brilliantly brought out the play’s rebelliousness, humanity, wit and modernity and helped the students gain a deeper understanding of how the play is constructed as a whole. They also found that many of the issues this ‘trivial play for serious people’ raises to do with class, gender, sexuality and the masks we hide behind, are just as relevant to us now as they were for the original audience in 1895.

Head of English Jonathan Stott commented, “This highly enjoyable trip will certainly help the students with their A Level studies in English Literature and is sure to be a good memory to take away from their time at College.”

Find out more about studying English Literature at Reigate College.