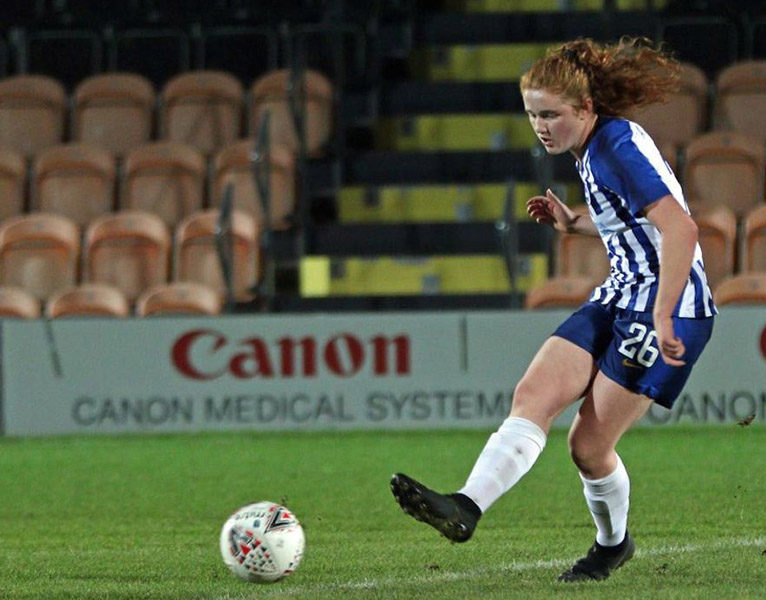 Lower Sixth student Libby Bance made her First Team debut for Brighton & Hove Albion on 20th November in their 5-0 victory against London Bees in the FAWSL Continental Cup.

Libby worked her way up from Albion’s Regional Talent Club (RTC) and Academy, and to reach the First Team is a tremendous achievement. Earlier in November she was also part of the squad for the FA Women’s Super League game at the Amex Stadium against Birmingham City in front of over 4,000 people.

Libby joined Reigate College from Oakwood School and is studying A Levels in PE and History and a BTEC Level 3 in Applied Human Biology.