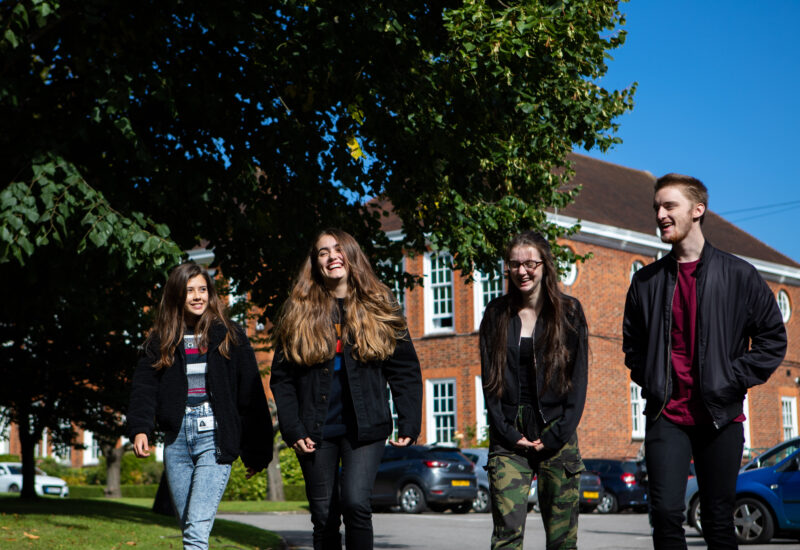 A huge congratulations to the 89 students who each received at least three A grades in their A Levels this summer – with 17 of them receiving three or more A*s.

Reigate College Principal Nick Clark commented, “In line with previous years, the number of Reigate College students who achieved at least three A grades at A Level, was higher than most other school sixth forms. We’re proud to be a non-selective, inclusive sixth form College, and as these results indicate, our students continue to achieve at the highest possible level.”

“The vast majority of our students gained places at their first choice universities – including places on the most competitive courses (such as Medicine and Law) and at the most prestigious universities including Oxbridge and other Russell Group universities.”

He added, “It’s obviously been a difficult year for our Upper Sixth and I know some of our students have opted to defer their university places until next year. Whatever they’ve decided to do, I wish each and every member of this year’s cohort the very best of luck.”

Natasha Smith, who was previously at Reigate School and got four A*s, is heading to Bath to read Physics with Astrophysics. She commented, “Being part of the College’s Aspire Programme meant I researched my unis early and I got great advice from both Ellen Walkinshaw (who heads the Aspire Programme) and the Careers team. It was nice to do the journey with other like-minded people via the Aspire tutorials.”

Amy Bartlett, who was at Warwick School before Reigate College got three A*s, she said, “Being on the Aspire Programme meant I benefitted from some really good advice and got my personal statement done earlier. I’m now looking forward to starting at Edinburgh University, which was my first choice, and will be studying French and Russian.”

Charlotte Borman, who was previously at de Stafford School and is going to Queen Mary’s University to study English and European Law added, “The Extended Project Qualification really helped me prepare for university and the smaller class sizes at College meant I got extra help.” Charlotte did four A Levels, and was awarded two A*s and two A grades.

Zac Carter, who was at Oakwood School got three As and is off to Southampton University to do Mechanical Engineering. He said, “Doing the EPQ on the Aspire Programme was good practice for uni essay writing. It was easy to make friends thanks to the small class sizes. I got to know everyone in my classes, while still feeling part of the broader College community.”

Max Callender was at de Stafford school before College. He got four A*s and has accepted a place to study Economics at the London School of Economics. He added, “Being on the Aspire programme meant I was mixing with other high aspiring students. The small group tutorials were great for building friendships as well as sharing things like study tips.”