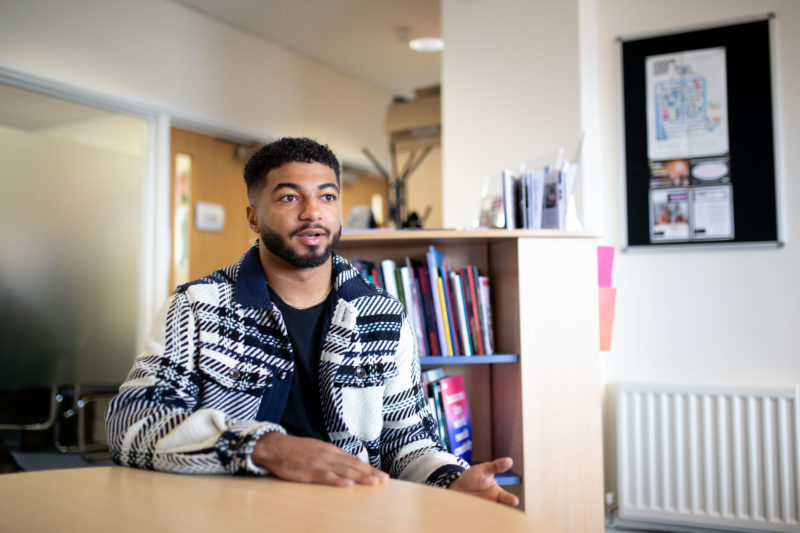 Upper Sixth student Levi Burke-Astorino, who was previously at Woodcote School, is an all-round superstar. Not only is he incredibly smart and predicted to get straight As in his 3 A Levels (Economics, Maths and PE), in November he was selected to play in the GB American Football Team (British American Football Association (BAFA).

The most recent string to his bow, is winning a place on the Migrant Leaders Programme www.migrantleaders.org.uk/ instigated by Head of Maths at Reigate College Ash Sharma. Levi explained, “My parents are first generation immigrants which made me a suitable candidate for the programme, but to be accepted I had to first pass a starter course and pretty demanding interview process.”

“I’m keen to get into Financial Tech as a career, and through the programme I’ve now been allocated Jamie Laskier, a Financial analyst at Google, to serve as a Mentor. It’s great because as well as having regular scheduled meetings, I can use him as a sounding board for some of the career decisions I’m faced with. He’ll stay as my Mentor for around 5 years, but it can be for as long as I like really. He’s currently trying to arrange for me to do an internship at Google this summer.”

Ash Sharma commented, “Levi epitomises everything Migrant Leaders are looking for – students who are highly able and determined, but who benefit from the additional guidance that helps open doors. I wish Levi the very best!”