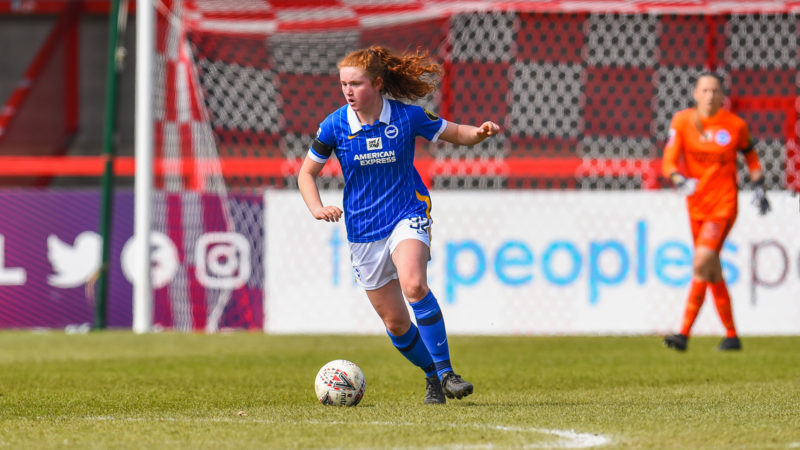 Congratulations to former student Libby Bance who has been selected to attend the England Women’s U19 Football Squad Training Camp from 19-20 June 2021.

Libby, who was previously at Oakwood School and was studying PE, History and Applied Science at the College, has been playing for Brighton and Hove Albion’s Women’s first team, who play in the Women’s Football Premier League.

Libby follows in the footsteps of another Oakwood and Reigate College student Faye White, who played for Arsenal Ladies in the FA Women’s Super League and is still the longest serving England captain to date.