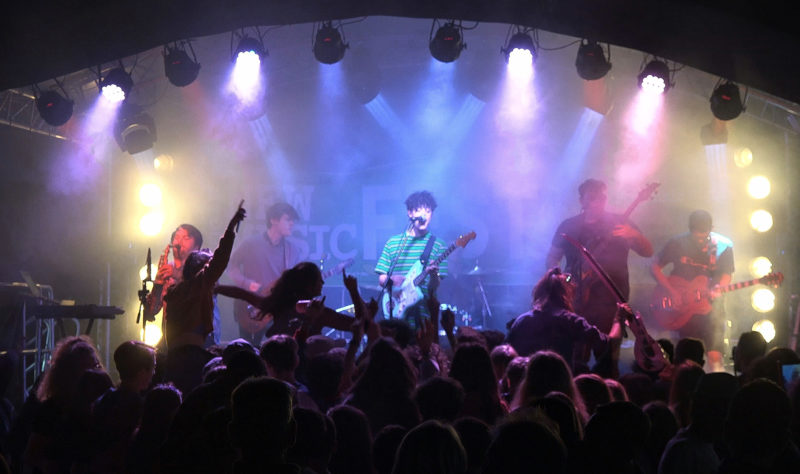 Congratulations to all the Reigate College Music and Music Tech students – past and present – who were involved in Reigate’s New Music Fest 23-24 June at Reigate Rugby Club, Colley Lane in Reigate. See the video by David Fisher for New Music Nights.

Well done too to the A Level Music Tech students who contributed so much behind the scenes, and the ‘New Music Nights’ team which did such an excellent job organising this brilliant community festival. A large share of this year’s profits was donated to Reigate charity Loveworks.

The festival, now in its fifth year, was born out of New Music Nights, a ‘not-for-profit nugget based in Reigate, that provides a platform for original music and a place for local music nuts to hear something good.’

Find out more about studying Music at Reigate College.