Other Film and Media courses

Understanding the Media and examining its role in society is key to our culture. During this course students will analyse a range of different media texts and develop an understanding of the forms and conventions of media language, whilst considering the issues of social representation. The changing relationship between media industries and audiences in the digital age will also be explored.

The course culminates with in-depth studies of news and long-form TV drama, where students will apply and evaluate relevant critical theory. Assessment is primarily through written exams, although practically assessed coursework gives students the opportunity to shape their own media texts, developing skills in moving image production and web design.

Media Studies may be combined with any subject but will combine particularly well with other essay-based subjects such as:

A Level Media Studies will prepare students for a range of careers in fields such as Public Relations, Journalism, Advertising, TV Production and Events Management.  Students can also progress to study Media in various forms at degree level, focusing on either theory, practice or both.

Media students have the opportunity to take part in a variety of course related experiences. In recent years, these have included:

This course is assessed through both written examinations (70%) and coursework (30%). The coursework involves practical media production work in which students are expected to demonstrate a range of production skills in the creation of two different types of media. The exam board for this A Level is OCR.

All students need to have at least five GCSEs at  Grade 4 or above (and a satisfactory school reference) in order to be accepted on an A Level/BTEC Level 3 Programme.

Students will enjoy this course if they:

What’s the difference between Media Studies and Film Studies?

In Film Studies you will study a range of films in a lot of detail focussing on the analysis of film as an art-form, as well as representations in film.

In Media Studies you will cover a broad range of different media forms across the course including traditional and new media.

As well as the kind of analysis covered in Film Studies (analysing media language and representation) you will also be studying media audiences and industries from an academic perspective (industry is not included on the Film course).

So, for example, you will be analysing media texts such as Stranger Things and considering how characters, places, time periods and issues are represented, but you will also be considering regulation, the impact of technology on the television industry and the companies involved in producing and distributing content so that you can discuss the academic issues and debates surrounding this.

What’s the difference between Digital Media Production and Media A Level – apart from the qualification?

There is some overlap between these two courses which is why students cannot study both.

Both involve theory and practical production.

However, the A Level has more emphasis on theory and involves more exam assessment (70% exam assessed). You will study a wider range of media forms and academic theories on the A Level course.

The Digital Media Production course involves theory and analysis but also includes units that have more of a vocational focus, helping students develop skills such as responding to a brief and planning for production as well as production techniques.

What kind of job/career will this lead to?

The Media Studies course helps prepare students for a broad range of possible progression routes both in media Industries and beyond. See some examples here – https://www.prospects.ac.uk/careers-advice/what-can-i-do-with-my-degree/media-studies.

The Media Studies course helps students develop a range of transferable skills (see course information for details) that are in demand across many industries.

Research found that Media Studies graduates are second only to Medical students in terms of Employability (https://www.managementtoday.co.uk/media-studies-the-uks-second-most-employable-degree/article/1221489).

Do you need your own equipment?

We will provide the filming equipment and software that you will need for practical production work.

The only cost to students is for an SD card which all Film & Media students must purchase from the college shop (current cost is £13.50).

What other subjects work well with Media?

There is no bad combination with Media Studies as it is a course that involves a wide range of academic and creative skills.

It may be useful to study it alongside other essay or art based subjects such as Politics, History, Film or Photography, but we have students studying a wide variety of courses alongside their Media A Level such as Maths, Business Studies and PE. 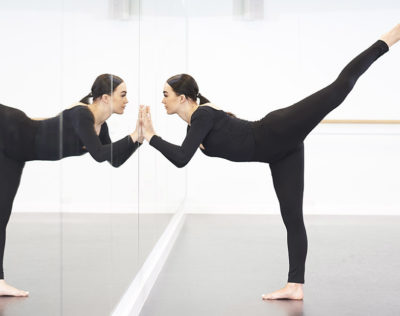