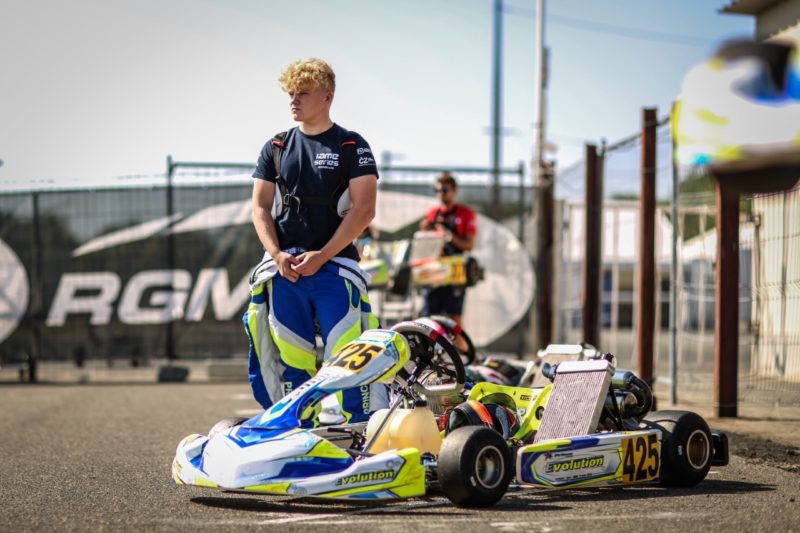 Congratulations to Alfie Prince who’s been selected to take part in a scholarship day to win a fully financed race drive in the 2022 Ginetta British Sportscar Championship. The scholarship takes place in Lincolnshire on 3rd December 2021.

Alfie, who was previously at Dunottar School and is doing A Levels in Business and Sociology and a BTEC in Engineering, has been karting since the age of six.   He’s competed and won in British and European Championships, from as far afield as Glasgow and Milan, and is currently the Vice English Champion in his category, Senior X30.

His father Peter Prince explained, “Alfie is making the transition from karts to cars, and he’s already had a successful test in British F4. He now has the chance to compete for a fully funded place in the British Ginetta GT4 SuperCup worth £150,000.  As well as testing Alfie’s ability behind the wheel, he will also be put through his paces in the gym, where his stamina, reactions and flexibility will all be under scrutiny. He will also be asked to demonstrate his media abilities in front of the camera.”