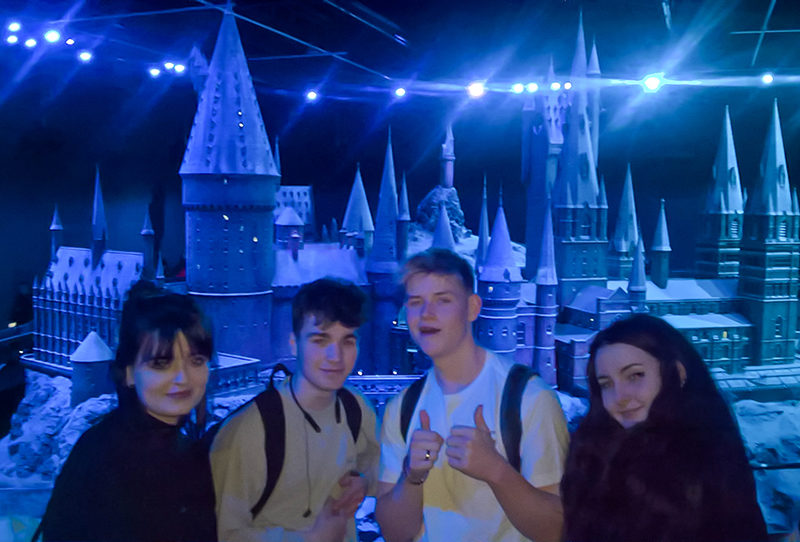 Reigate College Film and Media students have had a great start to the year with a trip to the Warner Brothers Studio Tour: The Making of Harry Potter.

Forty-five students, accompanied by four members of teaching staff, went on the expanded tour, which now includes the Forbidden Forest and Gringott’s Bank sets, plus a brand new entrance overseen by the full-scale flying dragon from the final movie.

Following the tour, the students took part in a “From script to screen” workshop run by Warner Bros’ educational staff. Using Harry Potter and the Philosopher’s Stone as the central example, the workshop explored how to make a movie from the initial idea through the production process and finally to the screen. The students had the opportunity to participate in the process by taking on roles in production, cast and crew – and some had the chance to handle key props and costumes from the movie.

Find out more about studying Film and Media at Reigate College.