From 5 January all lessons will take place remotely via Teams. Please check College emails for updates and exceptions. 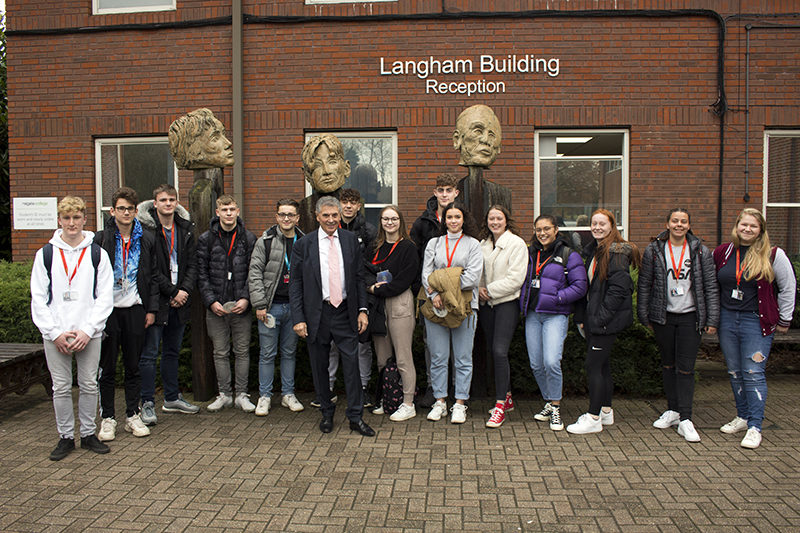 Reigate College was delighted to welcome former Vice-Chairman of Arsenal and the Football Association, David Dein MBE into College on Thursday 28th November.

David was a prime mover when the Premier League was launched in 1992 and he is currently listed as one of the top ten most influential people in the history of the League. He has served on numerous UEFA and FIFA Committees and was an early proponent of women’s football as President of the hugely successful Arsenal Ladies Team.

At Arsenal, he had the foresight to appoint Arsene Wenger in 1996, and under his reign the Club won a total of 18 trophies including the League (five times) and the FA Cup (five times).

At Reigate College he spoke to a packed audience of A Level PE students about “The Commercial Side of Football and the Phenomenal Success of the Premier League.” His presentation gave students a wealth of material for the “Sport and society and the role of technology in physical activity and sport” element of their A Level syllabus.

After David’s talk, there was a lively question and answer session where he regaled students with more memories, experiences and insights from his hugely successful career in Football.

A Level PE teacher Ian Pizzey summed up the morning as follows: “It was a real honour for staff and students alike and we’re so grateful to David for taking the time to come into College to inspire the next generation of sportsmen and women.”